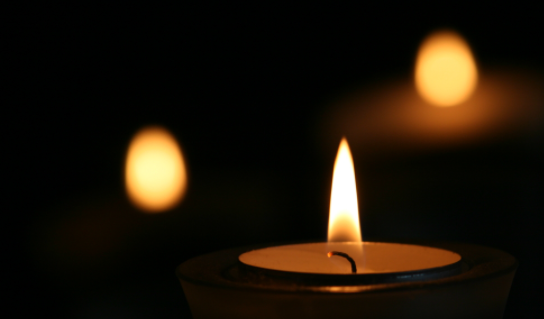 Brothers who have entered the Mystic Circle

It is with great sadness that we announce the passing of Jeffrey Scott "Hambone" Taylor '78 and Richard Clairborne "Clay" Capute '81 into the Mystic Circle. We want to extend our deepest sympathies to their families, friends, and loved ones. View the obituaries below.

Jeffrey Scott Taylor (known to all as Hambone) ’78 passed away April 27, 2021, after a long battle with liver disease. He was 64. Mr. Taylor was born in Lynchburg, VA and spent his early years in Greensboro, NC. He was a graduate of the Hun School of Princeton, where he was an all state lacrosse player and Kenyon College, Class of 1978.

He began his post-DKE career working for his parent's business in Greensboro. He then moved back to Philadelphia and started working in automobile finance. But true to his caring nature, he spent six years back in North Carolina after both parents died caring for his brother Greg who suffered from intellectual disabilities. He loved his family, never missed family events, and took pride in his niece and nephew.

“Hambone” is remembered as a humble, warm person with a sweet disposition, generous spirit, big heart,  as well as a loving son, brother, uncle and friend. In his Zoom requiem, his time on terra firm was described as a “successful, well-lived life.” Those of us that knew and celebrated with him know that to be true.

He earned a bachelor’s degree in history from Kenyon College, where he also won lacrosse awards and   was co-captain of the team.

“He was a remarkable athlete. He had a fiery temper, but he never lost it about those he cared about,”   said his DKE brother, Charlie Capute ’72.“ He was 5-foot-4 and would lie about his height. He was non-   judgmental. He was humble and quiet.”

A fellow team member said, “Clay was a great lacrosse player. We ran a man down play called Wagon   that took Clay all the way around the goal for a feed. We scored a lot of goals with that play. His Junior   year, Clay was our team's MVP.”

Sam Adams ‘81 shared this: “Everybody loved Clay. He had a great sense of humor and a contagious   laugh. He was an outstanding   lacrosse player in a fraternity that had a lot of very good ones at the   time. Junior year he and his roommate Bill Schmiedeskamp   (also a member of the storied class of '81) held court on the fourth floor. You really couldn't make your way to the Bullseye without   first stopping by to have a beer with Clay and Bill. They were hilarious together, riffing off each other's jokes and giving each other   crap. Clay was taken from us way too soon.”

Clay joined Williams, Thatcher & Rand, an employee benefits firm in downtown Baltimore. He worked on establishing retirement programs with Baltimore, Annapolis and Washington, D.C., law and medical practices, among other businesses. He later worked at for 30 years in employee benefits consulting at Turner Benefits, RSM McGladrey and Verisight. He retired in 2017. In retirement Mr. Capute remained a sports enthusiast and walked to lacrosse games at Gilman, Boys ’Latin and Bryn Mawr schools. He also followed college and professional football. He attended Super Bowls with friends.

“He was the best athlete I played with at Friends,” said a Friends classmate, Winston Hutchins of New York City. “He was both a great competitor and a gentleman competitor. As a friend, he was everything you could want.”