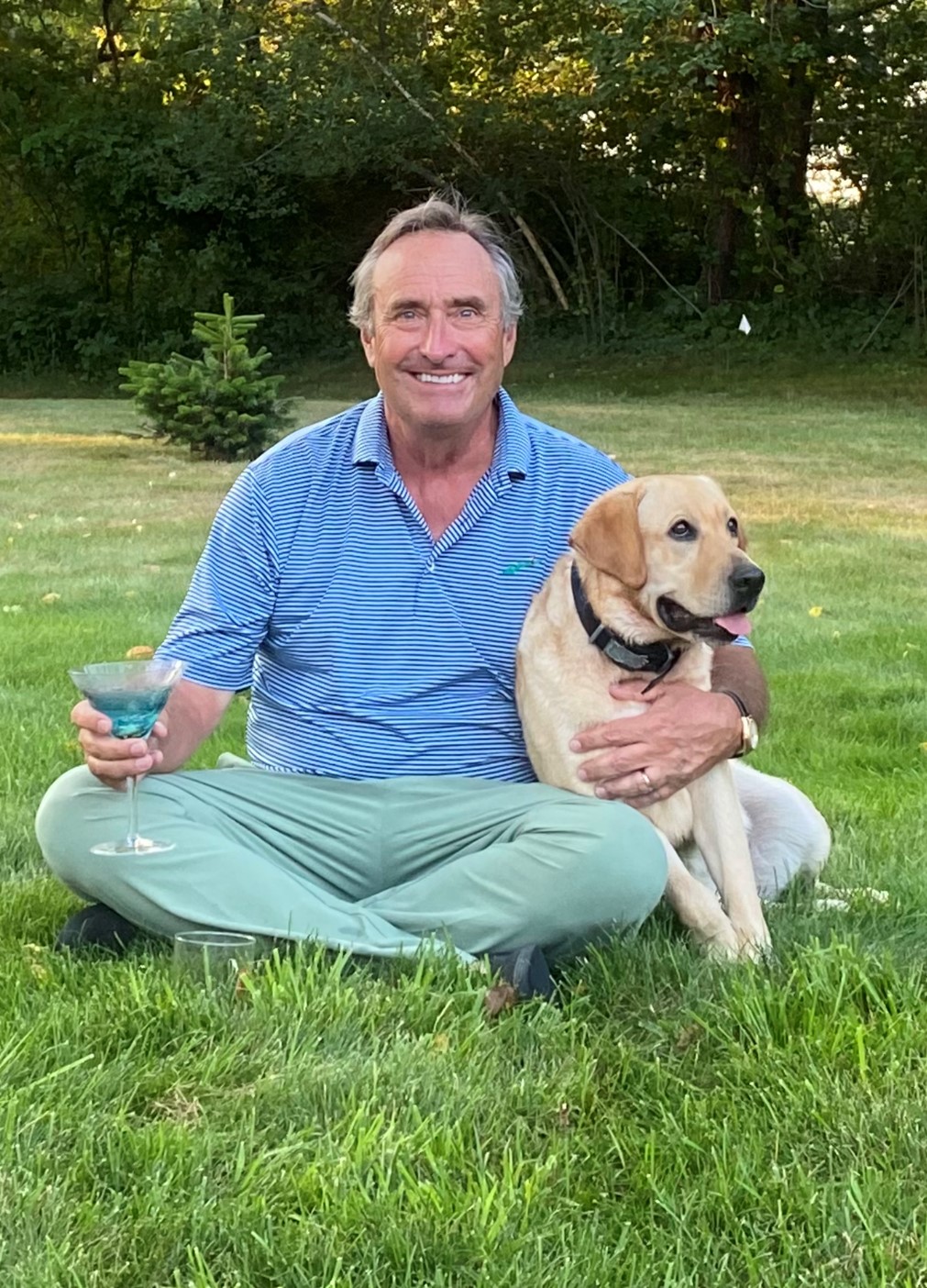 Earlier this year, Jim Pierce ’78 published a historical novel based on the first few years of the Lincoln Presidency. Entitled Treachery: A Story of Deception Behind Union Lines the book takes readers into a dysfunctional administration that struggled to administer the necessary strategies to bring the coming Civil War to a much swifter conclusion than reality today documents. 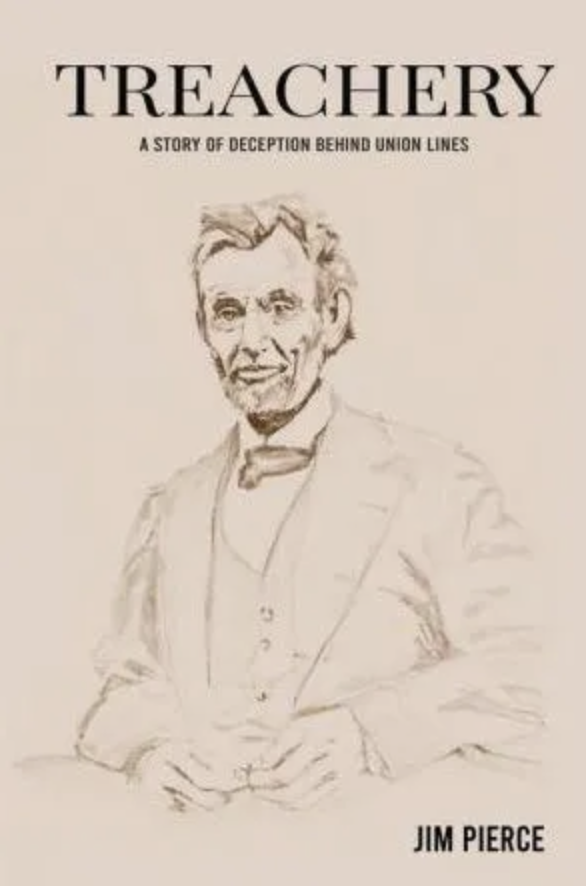 Hewitt Heiserman ’82 recently reached out to Jim to get the back story on a book that had a genesis 25 years ago…but came to fruition during COVID:

There are two leaders in recent western history for whom I have no end of respect and admiration. Those two are Lincoln and Churchill. Neither were perfect men but, then again, men are not perfect. These two were the right men for the job at hand.

They could not have been more different, but what they had in common was a single-minded focus and determination to see their respective missions through to completion.

Being an American history devotee, I chose Lincoln as my first subject for a novel.

What prompted you to write this book now?

I dedicate the book to Roy Wortman, whom most of you from our era will remember. He lit the fire within my burning passion for U.S. history. He and I started speaking about this book circa 25 years ago. In fact, I wrote the first few chapters and Professor Wortman read them. He liked what I had done, and, ever the stickler for details, made a few picayune corrections!

Then I had four kids and a job that kept me on the road. The book remained in a Word doc for two and a half decades.

With the onset of COVID, I was unable to travel. One day in 2020 I had the epiphany that it was time to dust off the Word doc and start writing again.

How long did it take to write this book?

Writing and reviewing the book was about eighteen months.

What was your research to understand Lincoln? What books did you read? What battlefields did you visits? Did you walk around the house wearing a high top hat?

I have several books on Lincoln and extensive outside research was not necessary. If I were to refer a person with an interest in learning more about Lincoln to one book, it is Team of Rivals, by Doris Kearns Goodwin. Her book is an excellent read.

Treachery follows an accurate timeline of events that transpired during the early years of the conflagration. I relied on some Civil War timelines I found in Google to backstop any notes I had previously jotted down.

My only battlefield visit has been to Gettysburg; a battle that took place after the conclusion of this book.

The stovepipe hat hasn’t become part of my housewear!

Did your opinion on Lincoln change as you wrote the book?

If anything, writing the book only reinforced my view of President Lincoln. I tried to make all the characters human, so the reader could make the experience more personal. History can be dry and students delving into the past sometimes forget that all history is comprised of humans doing human things.

Why didn’t the North pounce early in the war, as your General Lee asks the Confederate’s President Davis?

That is the question that became the genesis of the book! The Union was so inept and no one has come up with a solid case for why that was the case. So Treachery posits some explanations for why delay and prevarication were the order of the day!

Lincoln critics say he suspended habeas corpus (the right of an arrested person to be brought before a judge). Also, he had launched a war in which 620,000 Americans died. And, he had began a hugely unpopular draft. Do they have a point?

Those are the typical Monday morning quarterbacks. While not addressing these specific items, I do approach the topic in the Epilogue.

Lincoln had one goal; preservation of the Union. He accomplished the task.

For those of us who have read Treachery: Janie Frank or Kate Chase?

The idea was always to come up with a story about how Lincoln was foiled at every turn as he tried to assemble a war machine.

I stopped the book at the time where he was just about finished sorting out his military leadership issues and he had begun to realize that rough and tumble generals such as “Unconditional Surrender” Grant were the sort of men who would prevail in a war of attrition.

If John Wilkes Booth missed, what could have we expected from Lincoln’s second term?

We may never have seen the messy reconstruction. Lincoln was clear that he did not want to be vindictive. In his absence, that is exactly what happened. In more modern analogies, what the northern victors did to the southern states was more like what Europe did to the Germans after WWI. A more reflective Lincoln was inclined to pursue something akin to our Marshall Plan after WWII.

Would Lincoln succeed as president today?

What a question! Honestly, I doubt he could get the nomination of any party. Our partisan politics and nominating process that pushes democrats too far left and republicans too far right would make an intellect such as Lincoln cannon fodder for the extremists.

In contrast to most history books, your book has dialogue. How did writing a book with dialogue help you emphasize key points you wanted to convey to the reader?

Well, it is a novel, so dialogue is key. And as mentioned previously, I really wanted the reader to identify with the characters. One can only do that via the narrative.

You’ve been in the Oval Office and private quarters of the White House that the rest of us don’t see on the tour. What do we miss?

As I am sure Brother Joe Hagin ’78 will attest, there is never a day in and around the White House where one doesn’t want to pinch himself. There is simply so much history.

I reckon the first of my two favorite trips was in 1990 when I stayed in the Lincoln Bedroom. Kevin Costner and Andre Agassi were over for dinner. Costner left after dinner but Agassi and I played pool and smoked cigars on the Truman balcony. Then, of course, there is one of only four handwritten versions of the Gettysburg Address sitting on top of the bureau in the bedroom. That is cool!

In 2006 Laura was out of town and I spent the afternoon in the Oval Office with W and then had dinner upstairs. [Ed. “W” is George W. Bush, the author’s cousin.] He was editing a speech he had to give the next day. So for those who bought into the media narrative that GWB was not a wordsmith, I can tell you he was very particular about his speeches and never gave one he hadn’t edited. So much for “subliminable strateegery!”

In the epilogue you say there is a trend in present day United States to disavow virtually anyone who is associated with our development as a nation. Please explain.

The protests and national unrest during COVID were upsetting to many people. I was no exception.

Our founding fathers were incredible. It is astounding how young, educated, and committed they were to forming a perfect Union.

But in any time and place, imperfections exist. To judge the decisions made then against what is considered moral and right today is the epitome of human folly.

You have a have a statue of another original, Winston Churchill. Compare and contrast the two. Could Churchill have defeated the South? Could Lincoln have defeated Nazi Germany (with U.S. help)?

I’m not sure Lincoln would have been the person to save the UK, nor Churchill the United States. But they were the right men for their time and place.

You spearheaded a campaign to honor Kenyon’s late Roy Wortman, a longtime History professor. What qualities made Professor Wortman special?

Roy Wortman believed in the “good” in all people and was an amazing listener. He was down to earth…in a word, he was “earnest.” He could not abide by the emerging campus “wokeness” as he saw nothing but disguised totalitarian tendencies in those who professed to be enlightened.

Thanks, Jim. You’ve written a fast-paced, entertaining, and enlightening book that every student of American history will enjoy. Congratulations.

Treachery: A Story of Deception Behind Union Lines